Xfce 4.12 is now available in Fedora Rawhide. All the core packages and most of the plugins are now built and ready to be tested. Ideally, they should land in tonight's rawhide live images.

If there are no show stoppers, we will build the packages for Fedora 22 the coming week and see if we can get the change approved in time.One bug we are already aware of is with respect to mousepad (https://bugzilla.redhat.com/show_bug.cgi?id=1197504). Other than this, nothing seems broken (at least as far as I can tell).

Give Xfce 4.12 a spin on Rawhide. The more testing we get, the better it would be for stable releases.
fedora linux xfce

Popular posts from this blog 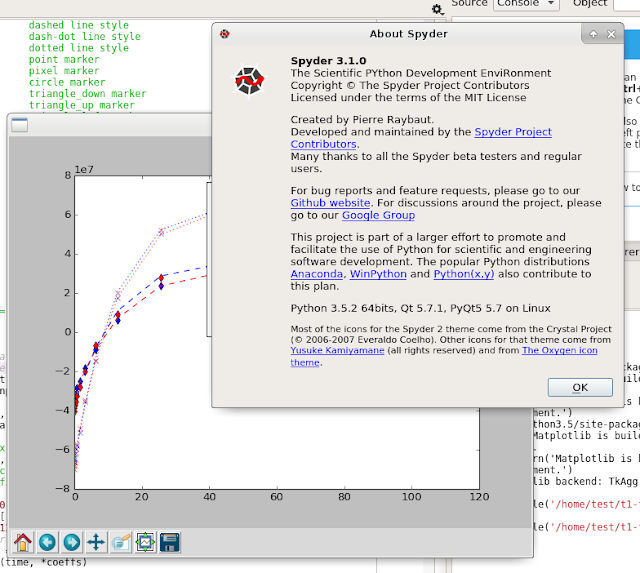 Spyder 3 was released sometime back and the latest version 3.1.0 was released yesterday. I have working on updating Spyder to 3.x for sometime now. Towards this effort, I got the following packages reviewed and included in Fedora -  python-QtPy python-QtAwesome python-flit python-entrypoints python-nbconvert python-entrypoints python-pickleshare In addition to this, the package python-ipykernel had to be reviewed. This was completed sometime towards the end of last year. Now that all the packages are available (in different forms), I have put together a COPR repo where spyder 3.1.0 package resides. I would like to get these packages tested before I submit it as a big update to Fedora 25. COPR repo is here - nonamedotc/spyder3 - COPR repo Of course, this repo can be directly enabled from a terminal - dnf copr enable nonamedotc/spyder3 To install spyder along with ipython console from this repo, do dnf install python{2,3}-{spyder,ipython} N
Read more 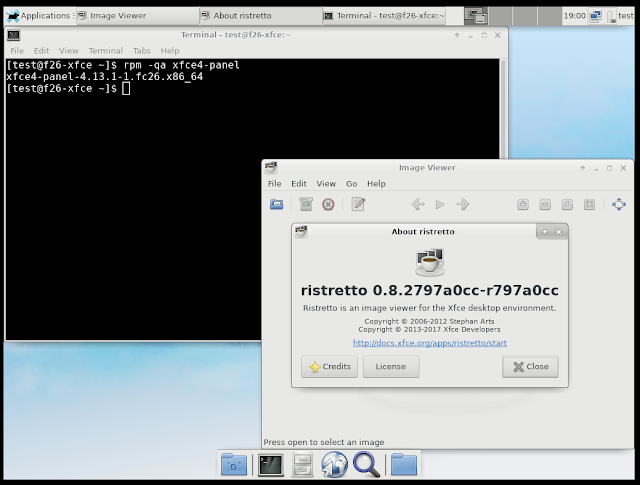 I had written about my COPR earlier [0]. For sometime, I had not been updating it. Now, the COPR is up-to-date again. The COPR xfce-414 can be enabled on Fedora 25+ using the command below - dnf copr enable nonamedotc/xfce-414 Please test and open any issues using the pagure repo -  https://pagure.io/xfce-414 I am aware of some GTK-2 packages (e.g. claws-mail) under Applications menu show up out of place. The best theme to use with Xfce 4.13 is greybird. I recently pushed an updates to the testing repositories of Fedora 26 [1] and 27 [2] that addresses issues with Xfce 4.13. [0]  COPR for Xfce-4.13 packages [1]  Greybird update for Fedora 26 [2]  Greybird update for Fedora 27
Read more 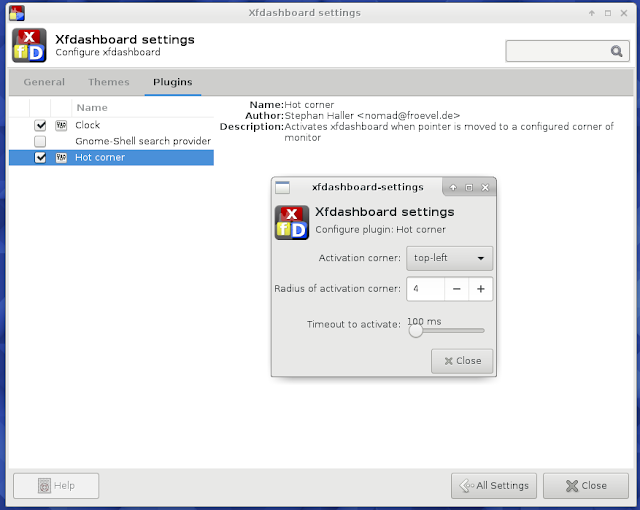 I recently updated xfdashboard in (rawhide and) Fedora 24 to version 0.5.90. Apart from several under the hood changes, xfdashboard 0.5.90 introduces the hot corner plugin . Screenshot below -  The activation corner can be set to any of the four corners of the screen while radius of activation was fun to play with. I preferred a slightly bigger radius but that's, of course, a personal preference.
Read more